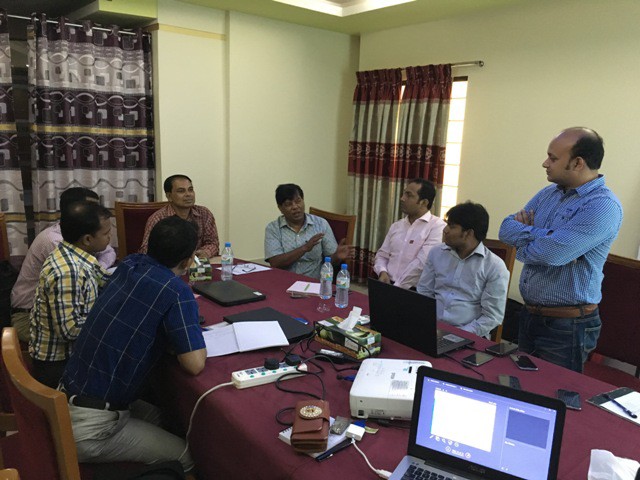 The USAID Agricultural Extension Support Activity has organized a day long ICT Refresher Training for the Upazila Agriculture Officers (UAOs) of the four demo upazilas at Jessore on May 16, 2016. The UAOs received the ICT training in 2015 and this refresher course was organized to brush up their learning and also to know any challenges the participants are facing while using the ICT tools.

Later the UAOs were oriented the functionality of dashboard system elaborately. They were given a hands on training on how to monitor SAAOs’ activities through dashboard from their laptops. The participants were also oriented on other ICT apps such as farmer query system (FQS) and Crop Diagnostics.