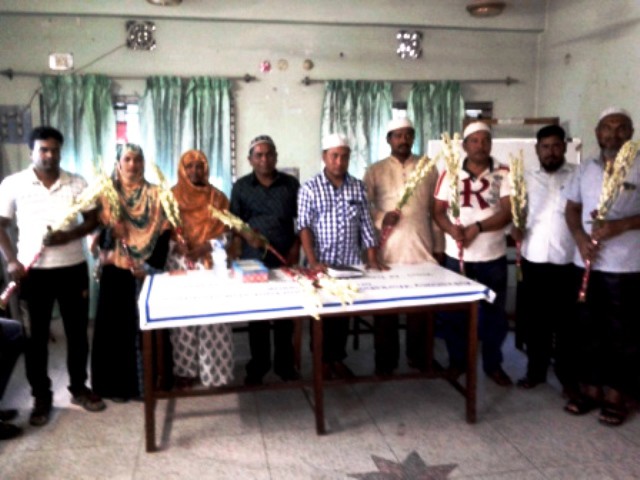 A social networking initiative between Ag Extension Project staff and FPG leaders took place at Chowgacha – when the elected farmer producer group (FPG) members of Chowgacha upazila were invited to an informal iftar party to celebrate their winning on June 28, 2016 by the project staff of Jessore field office.

A total of 31 FPG members participated at the local government election from 9 unions of the Chowgacha upazila held on June 04, 2016 and among them 11 FPG members were elected as UP members. Among the elected FPG members, two female members named Mst. Khadeja Khatun from Patibila union and Rekha Akther form Hakimpur union got elected.

The elected members were very happy and excited to celebrate their win. All of them vowed to work for the betterment of the community especially for their group members. The female elected members also showed their willingness to work on women empowerment issue.